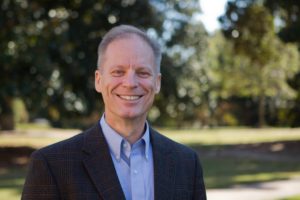 A native Missourian, Ken accepted Christ at the age of 17 as the result of attending a revival service, and was called to preach the night he was saved. He has served as Youth Pastor, Interim Pastor or Senior Pastor of churches in Missouri, Louisiana, the Carolinas, and Virginia for over 30 years.  Before coming to Southeastern to teach, he served two years at Midwestern Baptist Seminary and almost six years New Orleans Baptist Seminary as both an administrator and professor.

Ken believes that God has called him to do theology for the church, that is to minister through both the local church and academia to equip students, pastors, missionaries and the laity to serve the church and fulfill the Great Commission.

Ken has several published articles and books, the most recent of which is Old Earth or Evolutionary Creation? Discussing Origins with Reasons to Believe and Biologos,  40 Questions on Creation (with Mark Rooker), and Salvation and Sovereignty: A Molinist Approach.  He is also a regular contributor to Intersect, a project of Southeastern Baptist Theological Seminary and the Kern Family Foundation.

Ken and his wife Penny have been married since 1980, live in Wake Forest, NC and are members of North Wake Church.  They have a son and daughter, both married, and four grandchildren.